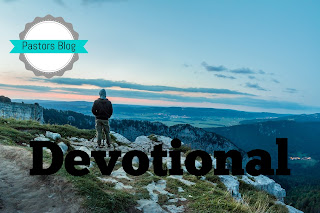 Is devotional time important for a Christian? Is it really something we should take time to do each day? The answer is, yes. Psalms 42:1 paints a beautiful picture of how our spirits “pant” for God as a deer pants for streams of water.  Not only does Jesus speak of the importance of time with the Father, but we see repeatedly in scripture Jesus going off to a place of quiet to be alone with God. Perhaps before we ask if devotional time is important we should remember that God promised us, that if we seek him with all our heart and soul, we would find him. (Deuteronomy 4:29). Jesus himself said in Matthew 11:28 “Come to me, all you who are weary and burdened, and I will give you rest”. We are given a personal invitation to sit at the feet of God. So why wouldn’t we? There are a host of reasons I hear as people sheepishly admit to their lack of “God time” in their lives. “I’m just so busy”, “I don’t know where to begin”, “I forget to”….. Paul compares personal devotion
Post a Comment
Read more 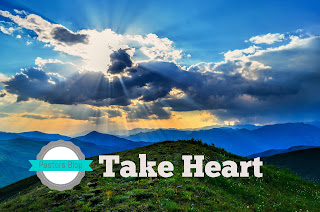 Being a believer doesn’t mean that you’re always an optimist. That might sound strange at first glance, but there’s an understanding that comes with faith. It’s not so much that we simply ARE optimistic; it’s the importance of WHAT we are optimistic about. If we are optimistic that all of our circumstances in life will go smoothly, well, we stand to be disappointed. If we are optimistic that we will never have pain and suffering, that may prove to be unrealistic. So are we to be fatalists? Certainly not. That thing we call optimism has an umbilical cord of sorts. It gets its nourishment and life support from a source. If we attach that cord to circumstances, people or situations we will surely lose our optimism for life. The life source of our optimism needs to be in our faith in Christ. When we live into the words of Christ we become “optimistic realists”. Jesus said in John 16:33 “I have told you these things, so that in me you may have peace.  In this world you wil
2 comments
Read more 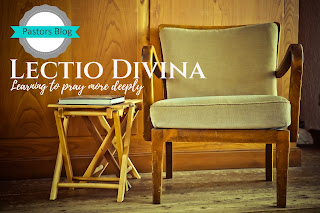 What is Lectio Divina?  Lectio Divina means “divine reading” in Latin. It's a meditative way of reading the Bible and entering in to a time of prayer in which we let go of our own agendas and open ourselves to what God is trying to say to us.   With encouragement from the early Church Fathers, Lectio Divina entered the daily prayer of the early monastic communities (Monasteries) in the 6th century, as a way of communicating with God through Scripture.  Lectio Divina was a practice of monks. We learned how to enter this ancient form of prayer and meditation in seminary. We spent some time practicing this ancient art and soon realized the power in it. How do you begin? Well, let’s pick a scripture and I’ll show you.  I’ll share with you the thoughts that come to mind as I read and meditate on this particular scripture. When you go through deep waters, I will be with you. When you go through rivers of difficulty, you will not drown. -Isaiah 43:2 I take a moment to medit
2 comments
Read more 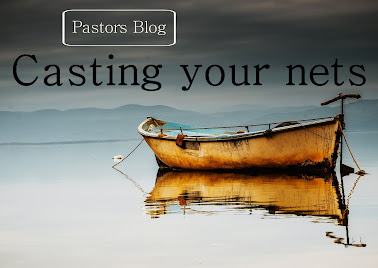 Where are you casting your nets? “Later, Jesus appeared again to the disciples beside the Sea of Galilee. [ a ]  This is how it happened.   2  Several of the disciples were there—Simon Peter, Thomas (nicknamed the Twin), [ b ]  Nathanael from Cana in Galilee, the sons of Zebedee, and two other disciples. 3  Simon Peter said, “I’m going fishing.” “We’ll come, too,” they all said. So they went out in the boat, but they caught nothing all night. 4  At dawn Jesus was standing on the beach, but the disciples couldn’t see who he was.   5  He called out,  “Fellows, [ c ]  have you caught any fish?” “No,” they replied. 6  Then he said,  “Throw out your net on the right-hand side of the boat, and you’ll get some!”  So they did, and they couldn’t haul in the net because there were so many fish in it. ” Sometimes we feel frustrated and discouraged. We’re working so hard in our lives to get things right but to no avail; like the disciples fishing all night long and catching nothing
Post a Comment
Read more 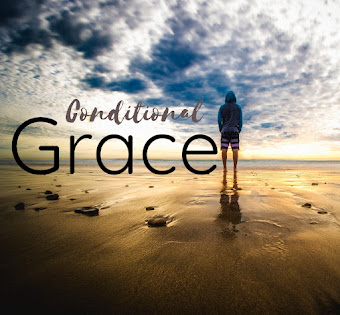 In the world of faith, we hear allot about grace. We see grace through the death and resurrection of Jesus on the cross; dying a criminal’s death for our sins and allowing us to be in relationship with God. “For it is by grace you have been saved, through faith—and this is not from yourselves, it is the gift of God”— Ephesians 2:8 It is truly a gift from God. A gift none of us really deserve. It’s humbling to sit with that for a bit. It’s this amazing, beautiful, incredible gift that God has given us. But there’s more.   Grace doesn’t just save us…it transforms us. “For the grace of God has been revealed, bringing salvation to all people.     And we are instructed to turn from godless living and sinful pleasures. We should live in this evil world with wisdom, righteousness, and devotion to God,     while we look forward with hope to that wonderful day when the glory of our great God and Savior, Jesus Christ, will be revealed.   He gave his life to free us from every kind of
Post a Comment
Read more 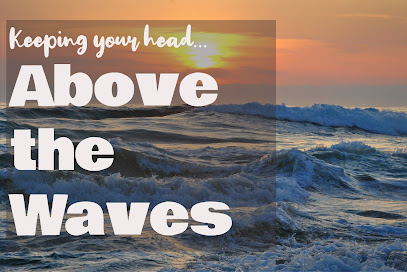 I grew up on Long Island, so going to the beach was a big part of our summer fun. We would barely get our feet in the sand before we were dashing off to jump into the waves. Some days the water was more inviting than others. Some days the waves were gentle and rhythmic, while other days brought them crashing in faster and faster. Swimming in the ocean is very different than taking a swim in the pool. You are not just dealing with wave height and their rhythm; the ground beneath your feet can change in one step. Before you know it you can go from easily keeping your head above water, to struggling to keep your head above the waves. There were several times growing up when the water was choppy and the waves large and relentless. I remember a few times becoming overcome by the waves in an instant. One minute I was riding the waves into the shore and the next moment my foot would step off a sand bar bringing the water up over my head. In an attempt to regain my footing I panicked;
Post a Comment
Read more 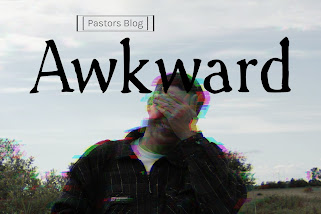 Awkward (adj)      1.    causing difficulty; hard to do or deal with.      2.  causing or feeling embarrassment or inconvenience. We don’t value awkwardness. In fact, it’s something we try to avoid at all costs. We don’t like awkward situations or feelings. The reality is that sometimes awkward situations make us behave… awkwardly. It’s a horribly uncomfortable feeling that most of us try to avoid in whatever way we can. We can see by the words in the definition that this is not a way in which we like to feel, be or behave. We don’t want to be difficult, hard to deal with, embarrassing, or inconvenienced, and we certainly don’t want to be in situations that are described in such a way either. It just gets…well…awkward. What’s really interesting though is that if you’ve ever spent any amount of time in scripture, you’ll notice that there are many situations and people who are awkward. We have Gideon who we find threshing wheat on the floor of a wine press because he’
2 comments
Read more
More posts